What is Robot Process Automation (RPA)? 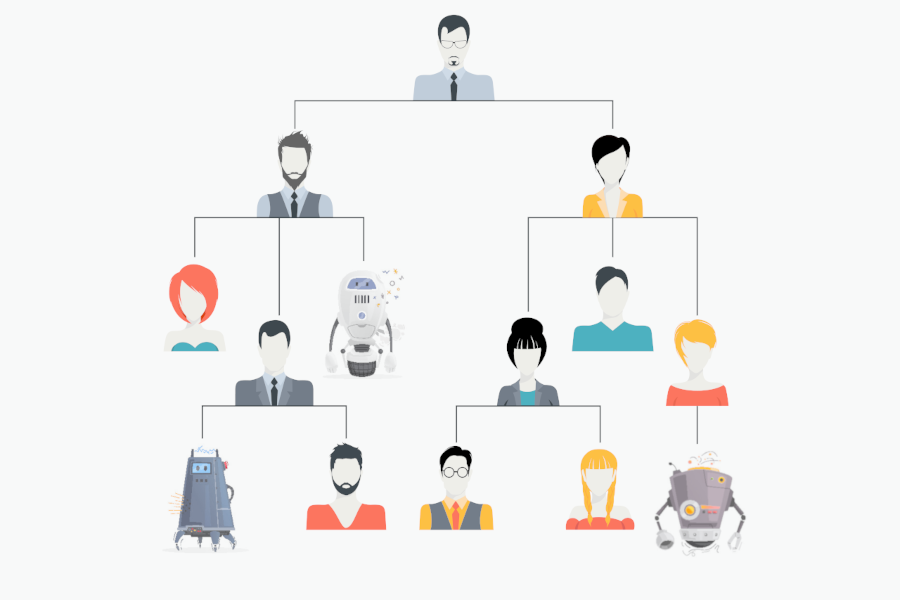 Have you ever had someone from IT take over your computer remotely to sort an issue you’re having?

Well, Robot Process Automation (RPA) is similar, in the sense that mouse movements and other keyboard actions are taken over remotely.

The ‘mouse’ begins to open applications and carry out processes without any human involvement.

In the case of RPA, it’s customised robot software that has been specially programmed to carry out a pre-defined series of mouse clicks and keyboard actions, as well as make intelligent decisions to ensure that your work processes are fully automated.

If you think about the average office environment, there are a lot of repetitive tasks carried out.

These are often tasks that nobody really wants to do because they’re considered quite boring – such as data entry, copy and pasting onto spreadsheets, or CRM updates.

However, they’re still tasks that are crucial to ensuring the office and business is running smoothly.

Having these tasks completely automated by our RPA bots is the ideal solution to save time, keep productivity levels high, and save money on paying someone to do a task that they really don’t enjoy.

People who are constantly doing repetitive tasks that they consider boring and mundane will eventually find they lose concentration and focus because the human brain can only absorb so much information.

This, not only leads to fatigue and higher chances of mistakes, but you’ll see less input as the day goes on, and generally a pretty downtrodden workforce.

When you’re having these tasks carried out by an RPA bot, things like fatigue, low concentration and productivity issues are a thing of the past.

Not only will they be able to work 24/7 as needed, but will do so at a fraction of the cost.

How does RPA work?

In order to get things like computers, smartphones, and even our social media profiles to do what we want them to do, software developers use a very specific coding language.

There are multiple coding languages out there, and each one being used is dependent on the software being created. For example, one you may hear of often when it comes to writing the code for websites is JavaScript.

When it comes to creating RPA bot technology, the same principles apply and we have developers who create very specific code based on what they want the robot to do.

The end result is that these code building blocks are pieced together by RPA into a specific sequence that allows it to carry out a pre-defined business process.

Although not the same thing, RPA and Artificial Intelligience (AI) can work together to enable the bots to work more effectively.

For example, RPA could open an email, then using AI could decide where that email should now go. Or looking at an invoice and being able to know which number is the invoice number so that it can be handled correctly.

Of course, not all RPA processes need AI to work at their best, but it’s always dependent on what you’re trying to do and whether a combination of both technologies will be better suited to your needs.

Is RPA just macros and are they any better?

If you’ve spent time using Microsoft Excel to work on spreadsheets, then you’ll likely be familiar with the term “Macros” which refers to the functionality within Excel that allows you to programme certain tasks that are carried out in an automated way.

However, Macros and RPA are very different animals, and, of course, one of the key differences between the two is that Macros is something that exists only within Microsoft Excel while RPA will work on any machine or software application.

There can sometimes be a bit of confusion around Macros and RPA due to the terms being used somewhat interchanghably by those who understand a bit about programming, but they’re not the same at a functionality level.

While both allow specific tasks to be automated, RPA works at a more advanced level and offers a wider range of options in terms of the technologies it works with and the tasks it can carry out.

What is the difference between a Bot and a Script?

A script is the computer code used to programme an RPA automation – in other words, a set of instructions. A Bot is a term used to describe the RPA automation of a process.

Looking at it another way, the bot or RPA robot that carries out the automated process comprises of a set of coded instructions, i.e. the script, but might also include the processing power necessary to run the script. So, they’re basically two different parts of the overall technology needed to bring everything together.

What happens if RPA fails?

Autane provide Robots-as-a-Service (RaaS), which includes all the maintenance needed to keep the bots running.

We do everything we can to make sure our bots don’t fail.

However, even with AI, RPA bots will only do what they are programmed to do. Their intelligence is narrow, and only limited to the task they’ve been scripted to do.

So, if you haven’t told the bot what to do when presented with a specific situation, it will crash.

A thorough and comprehensive specification or PDD (Process Design Document) reduces the chances of crashes happening by considering both the main process requirements of the task the bot is being asked to do, but also all the possible ways it could go wrong, and what you want the robot to do in those situations.

The idea is that if the developer can cover all the possible situations presented to the bot, then it will not fail.

All well and good, but things can still go wrong.

Humans are very good at filling in the gaps, sometimes even without thinking about it. So when documenting a process to be automated using RPA in the PDD, and working out all of the potential scenarios to deal with, sometimes certain situations can get missed.

It is, therefore, important to add a Hyper-Care/Babysitting phase into an RPA project, just before the bot goes into service (or production as it is known), and a time when any unexpected glitches (and unforeseen exceptions) are likely to show.

So what happens when these glitches or exceptions happen, and where the robot encounters something it has not been programmed to deal with?

It simply stops and feeds back an error message.

Most RPA bots are managed using what is known as an ‘Orchestrator’ which will alert the user to any bot failures.

Within our company we use an Orchestrator and hosting service provided by our partner, Robocorp.

After receiving the error message/alert, attention is then needed, most likely from the developer, who will need to add the extra code to deal with the new and unexpected exception.

Why is RPA becoming so popular?

The reasons for adopting RPA into a business are normally due to the business recognising that things could be done more efficiently, either to save money, boost productivity or even a combination of both – and also understanding that robots are far more effective at doing the tasks that allow this to happen.

For instance, where a business is continually struggling to recruit staff to carry out mundane clerical activities, RPA can be seen as a lifesaver.

Similarly, if employers are finding that their skilled staff are being utilised for administration activities rather doing the work they are trained for, RPA is an attractive solution to this problem.

Despite being rather boring, these tasks are still important, so a good compromise for all is allowing staff to work on the frontlines doing work that excites and challenges them whilst automating the less enticing work.

RPA is perfect in these cases because, not only does it allow for a more productive workforce, but it reduces the costs of carrying out the mundane tasks that nobody wants to do.

If the question is, “will RPA replace humans conducting boring and repetitive work?” The simple answer is, probably yes.

But if the question is, “will RPA replace humans for all types of work and stop them doing worthwhile interesting activities?” The answer is a resounding no.

Robots have been used in factories since the 1950’s, and in fact mechanisation started with the Industrial Revolution. What history has taught us from these eras in history is that automation has replaced some jobs, generally boring and mundane ones, and created new jobs as well, which in most cases are more fulfilling and, accordingly higher paid.

At Autane, we genuinely believe that employees are being liberated by robotics and reallocated to more interesting work for them and their employers. Work which cannot be done by a robot, such as building customer relationships or creative problem solving, which add value to the business also.

Tags:Artificial Intelligence (AI)MacrosSoftware Applications
We use cookies on our website to give you the most relevant experience by remembering your preferences and repeat visits. By clicking “Accept All”, you consent to the use of ALL the cookies. However, you may visit "Cookie Settings" to provide a controlled consent.
Cookie SettingsAccept All
Manage consent