The Benefits of Using RPA in Your Business 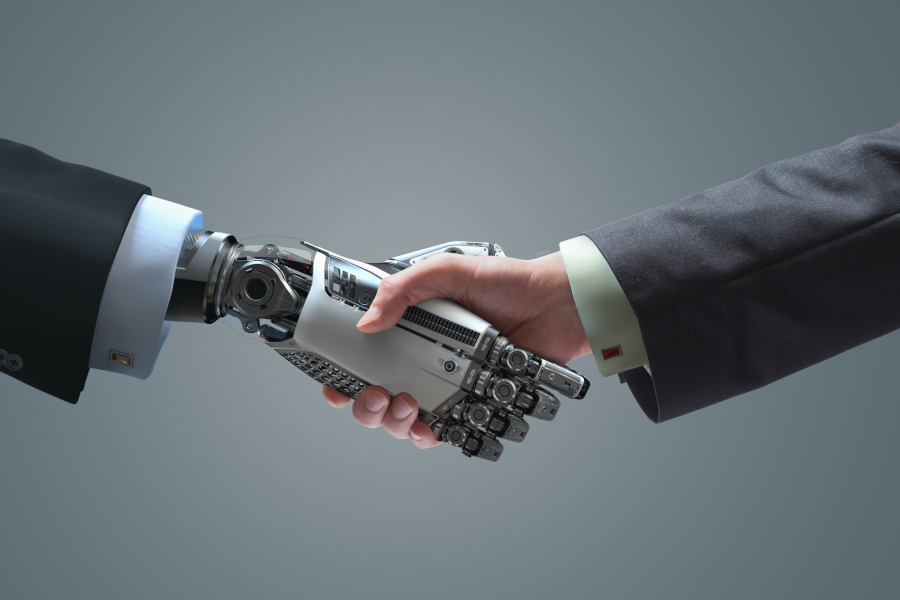 For some companies, the pain points are so strong that adopting RPA becomes a no-brainer. For example, if it’s hard to recruit and hold on to employees to conduct the boring and mundane jobs within the company, then automating them may be the only option.

For others however, there might need to be clear business case for implementing the technology before starting the project.

The following article explains the financial and non-financial benefits of introducing RPA, and then builds its business case.

There are three main reasons why using an RPA Bot for office work makes financial sense:

What do we mean by productivity?

Workforce productivity can be defined as the amount of goods and services that a worker produces in a given amount of time. In other words, for office workers, this means for the hours they are in work, how much of the time is actually spent performing the required tasks effectively.

To estimate this, let’s break office hours down as follows:

Firstly, let us consider the number of hours an employee is paid for:

Now let us consider how many of those hours are likely to be unproductive by considering the following:

According to the ONS an estimated 141.4 million working days were lost because of sickness or injury in the UK in 2018, the equivalent to 4.4 days per worker.

Legally an employee has 20mins morning/afternoon breaks per day if they work longer than 6 hours, and assuming they are not paid for an hour’s lunch break, this is equivalent to:

Unless you measure the time lost exactly, this can become subjective. For instance, you would need to add up all the hours an employee spends going to the bathroom in a year, or the total time they are distracted, or chatting to colleagues, or are called into a meeting.

Suffice to say this probably adds up to a reasonable amount of time, however, for this illustration let us just consider holidays, breaks and sick days only.

With Robots-As-A-Service (RAAS), you are only paying for the time the RPA robot works.

When it comes to how much faster an RPA robot will process transactions than a human employee would, it’s hard to give exact calculations because every case is different, particularly in terms of the level of processing power necessary for the bot to conduct the activity.

For example, bots that need some AI (‘Headwork’) to complete the task are slower than those which just plough through manual type transactions previously done by humans (‘Handwork’).

That said, it is fair to say that the robot will be consistently faster than a human, just think of how fast Google responds to a search request, which in essence involves some AI.

However to give you a feel, the following Table 2 provides a good rule of thumb for the speed difference of an RPA robot.

We all know that Humans make mistakes. It is acknowledged that the average benchmark for human data entry errors is 1 in every 100. Another way of looking at this is if a human is inputting 10 fields per transaction, that means 10% of transactions are likely to have errors and will have to re-inputted.

In addition time will be lost to reverse the original transaction. On the other hand, it’s fair to say, that once they are set up and running smoothly, robots will on the whole run error free.

To summarise, an RPA bot is more productive, faster, accurate and cheaper to employ than a human. To illustrate this saving, it is best to take an example.

Let us assume the RPA bot will be taking over 100% of the work of a £23,485 per year human employee (who is being redeployed to a position in another part of the company).

In the following Business Case illustration, you’ll see a side-by-side cost and saving comparison of both the human employee and the robot:

In our case, Autane only charge a fraction of the upfront development costs and only ask for a £1,000 to secure the project. Although a reasonable amount of money, it is low compared to the actuals costs of development, and in the example above, the £1,000 will be recouped in less than 3 weeks from the RPA savings.

Of course, when working out how much it will cost to automate a process, financial benefits and payback will nearly always be front of mind. There are other benefits, perhaps difficult to quantify financially:

At Autane, we like to think of RPA as liberating employees from the drudgery of dull and mundane activities. Overall it’s better for employees to be doing more interesting and stimulating work, which is better suited to the creative and cognitive abilities of humans, and most probably, pays better.

In addition, with Brexit and tightening immigration regulations, in the future there’s likely to be a shortage of talented and motivated workers to fill positions.

Redeploying and retraining staff from tasks that can be automated into areas where it might be more difficult to recruit and more challenging, would seem like a win-win strategy for the company and its employees, particularly if the pay is better.

Closely aligned with the benefit above is the amount of job satisfaction that might be gained by human employees doing more demanding work.

Some might say a job is a job, and those in employment shouldn’t complain regardless of what they’re doing, but studies show that boring and tedious work has a negative effect on employees, and are not playing to a human’s strengths. This, of course, has a knock-on effect on the company as a whole.

In essence, robots are emotionless objects. When they read a piece of text or see a confidential piece of financial information, they do not get intrigued by it or become tempted to tell someone about it.

Robots see data as a series of 0’s and 1’s and confidential data is not interpreted by them unless you specify the robot to do so for good reason. In today’s GDPR environment, companies might also have to be compliant and more careful with the data they hold on their customers, and who sees it.

Reliability, and the knock-on effect of error reduction

As described above, error reduction will have a financial impact on the business, and also build more trust and credibility with customers and suppliers.

It’s embarrassing to make mistakes – even when it’s just a part of the human condition – particularly when dealing with customers, and reputation can be affected. RPA removes that risk.

One of the benefits of RPA is once the code has been written and the bot developed, replicating it is very simple.

With businesses that must cope with erratic or seasonal demands, this provides the ability to scale up and down their office capacity as and when required.

In reality, the RPA bots are bits of code running on a computer, and if that code is run on a cloud server, on consumption or pay-as-you-go basis, this provides an easy way for a company to scale up its capacity, without purchasing additional IT infrastructure.

Tags:AccuracyProductivityRPA Business CaseRunning CostsSpeed
We use cookies on our website to give you the most relevant experience by remembering your preferences and repeat visits. By clicking “Accept All”, you consent to the use of ALL the cookies. However, you may visit "Cookie Settings" to provide a controlled consent.
Cookie SettingsAccept All
Manage consent